The BankGiro Lottery is very popular among the Dutch. It gives participants the possibility to win a lot of money while supporting charities at the same time. BankGiro part of the so-called ‘National Charities Lotteries’ in the Netherlands. Together with other lotteries it supports 69 cultural organizations in total. To do so, the BankGiro Lottery donates a big part of it’s revenue. It’s all made possible by the hundreds of thousands of participants who are dreaming of winning the lottery. 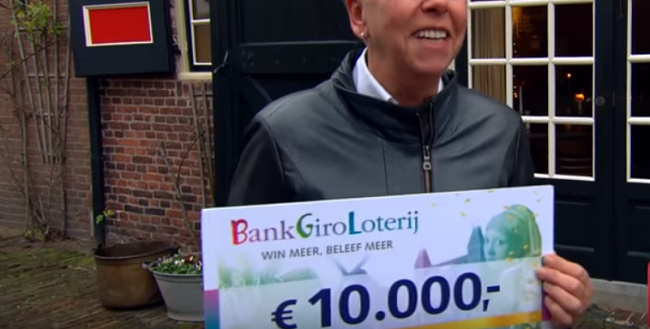 Non-profit organization with a focus on culture

BankGiro is different than other lotteries in several ways. For example, it’s a non-profit organization. It’s main goal is to encourage and maintain Dutch culture. This is why cultural organizations receive 60 million every year from the BankGiro Lottery. The money is divided between museums, historical and cultural projects or to other cultural foundations and organizations. The world-famous Rijksmuseum is a very good example of this, but historical monuments and houses get support as well. The National Theatre and Natura Artis Magistra can count on the donations of lottery as well. The amount of money varies from 100.000 to even a million euros for a cultural project.

Where does to money go to?
The money is divided between museums, historical and cultural projects or to other cultural foundations and organizations. The world-famous Rijksmuseum is a very good example of this, but historical monuments and houses get support as well. The National Theatre and Natura Artis Magistra can count on the donations of lottery as well. The amount of money varies from 100.000 to even a million euros for a cultural project.

Supporting charities
The BankGiro Lottery was established in 1961 as the ‘Girolottery’. It changed it’s name in 1978. From then on it focused mainly on charities. Since 2002 this lottery has been part of the so-called ‘Holding Nationale Goede Doelen Loterij’. It works together with the Postcodeloterij and the Vriendenloterij. BankGiro is the ‘older brother’, because the other two lotteries were both established in 1989. The number of participants is still growing . Nowadays about 600.000 people participate in the weekly and monthly draws of the BankGiro Lottery.

Dutch heritage in the spotlight
A few years ago it was decided that BankGiro would focus on cultural organizations. . The fact that BankGiro focuses on Dutch culture is one of the main reasons for people to participate. Of course they like to win a lot of money as well. However, people appreciate the fact that more than 50 percent of the lottery revenue is meant for cultural organizations. The lottery and her participants think that the Dutch heritage is incredibly important. It’s also more easy for them to participate in a lottery than to visit a museum or another cultural monument.

When the the draw of the Bank Giro Lotto?

Every 10th of the month

It’s not very difficult to participate. You always play with the last five numbers of your account number. Two letters are connected to these numbers to make the lottery tickets unique. It’s possible to participate with several tickets on your account number. You have to wait until the 10th of the month if you’re lucky, because on that day the draw takes place. However, there are also some weekly draws.

Interestingly enough, the BankGiro also organizes the so called ‘thirteenth, fourteenth and fifteenth draw’. This means that there’s an extra draw in the months January, February, July, August, October and November. Good news, because these extra draws increase your chance of winning a lot of money.
Who will win 1 million euros?
Once a month BankGiro organizes a draw with 1 million euros at stake. Sometimes several people are lucky and they have to share the huge amount of money. Yet, it also needs to be said that this Jackpot isn’t as high as many other lotteries. There’s no possibility to win 10 or 20 million euros for example. BankGiro is actually more about the smaller prizes. However, you never know when luck is at your side!
Many prizes
The BankGiro Lottery offers an astonishing 180.000 prizes a month. The prize money varies from 50.000 to 5 euros. It does not even cost you a lot of money at first. At a shop or online you can buy a BankGiro ticket for only 13,50 euros. You even have a chance of winning a double prize. This is called the ‘Weekprijzenverdubbelaar’. It’s already included in the ticket.

The BankGiro Lottery offers a varied range of prizes. Not only money, but also new cars, tickets for great events and even nice product like books. It’s even part of the prizes, because a lot of time they’re related to a culture or a city. For example, you can win tickets for a Dutch museum or a great musical. Of course you have to win first. Your chance of winning at BankGiro is about 1:3. This number is made by the fact that you can win one of the 180.000 prizes every month. So your chance of winning something is much bigger than at any other lottery. Even the smaller prizes, like a book voucher, count. The chance of becoming a millionaire is much smaller, namely 1:10.000. Good luck!